Christmas is coming and now is the time to book your family Christmas session!

You must have your session scheduled no later than December 14th in order to get your portraits back in time for Christmas.  Our portrait ordering cut off date is December 17th this year.  There’s still time, but don’t wait!  We are booking up extremely quick!

As always, we have a lot of different Christmas cards that you can personalize from any session we’ve photographed for you, even if it was earlier in the year. 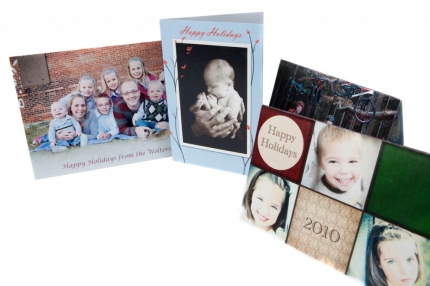 And new this year — Photo Cubes!  Aren’t these adorable?  Each cube contains 6 images.   A set of three cubes costs $36 making it a great gift for Mom or Dad’s desk, around the home or even something unique for Grandma and Grandpa.

And last, but definitely not least….Photo Gift Tags!  These come as a set of four, with up to 4 different images of your choice.  And at only $2.50 a sheet, you can afford to personalize all your presents this year! 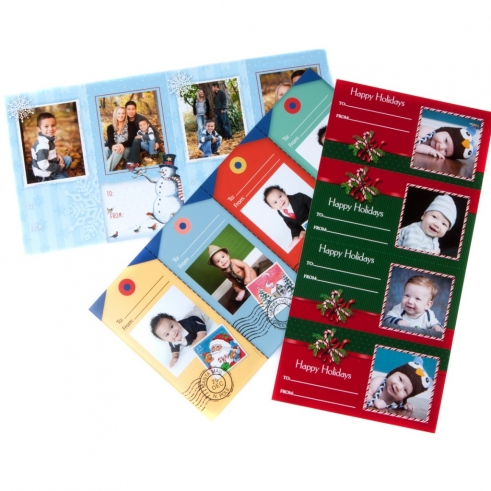 Happy Holidays to you and your family!

I’m in the kitchen getting ready to start our feast.  We opted to stay home this year and celebrate with just our kids.  It wasn’t an easy decision, but honestly, we have been absolutely swamped with the studio and the “down time” was hard to resist.

The puppy chow was made the night before Thanksgiving and half of it already consumed after the kids went to bed.  I had done the mental math in my head and asked Jason how it felt to have consumed about 3/4 cup of powdered sugar.  He gave me a strange look and told me not to inform him of such things again.

This morning Abbie surprised me with an early birthday/Thanksgiving
present — how cute is that?

After lunch, we decided to set up the tree.  Jason set up his GoPro for a little stop action video of the event.

After lunch, we did a project with the kids.  I had seen something similar on Pinterest.  I want to be crafty, really I do.  There are so many ideas out there, yet when I try to apply them they never seem to turn out just right.  (You should see the felt owl “lens buddy” I tried to make for our cameras.  It was the scariest owl ever.)  This one seemed easy enough — except for poor Abbie.  I didn’t think about how hard that silly “A” would be to wrap with yarn.  Oops!  They all seem happy with the door hangers however, and I guess that’s what matters the most!

And finally, to the meal of the day.  We made turkey and ham, however it was the side dishes this year that stole the show.  I don’t know how many kids out there ask for brussel sprouts, but (the majority) of ours do.  And in all fairness, those that don’t claim to not like any veggies at all.   I am of the opinion that anything coated in Parmesan and sauteed in butter has no choice but to be delicious.   And pumpkin pie.  YUM.

We ended the day with a little game of Candy Land, Dora the Explorer style.  Grandma and Grandpa came over for a bit in the evening and we didn’t have enough characters so the kids raided their rooms for alternate players.  I was a squishy pig, Chris was Mario and Abbie was a star.  Abbie won the game and Emma came in second.  All in all, a pretty spectacular day!

I’m always excited when our clients bring in props that have meaning to them.  It’s fun to incorporate them into our sessions and it makes each session very unique!  We have had parents bring in work helmets before, but I was SO pleased with how this one turned out!  It can really be hit or miss with the little ones– honestly, how comfy would you be stuffed into a hard helmet?

Hello everyone, and welcome to the new website!  We decided recently to move from our old site, which was feeling a bit clunky, to this new blog-based site.  What that really means for you is that you’ll still get all the great info and pictures we always have on the site, but now we’ll be able to update the site more frequently, adding more great pictures, more fun info and not to mention deals and specials throughout the year!  Feel free to click your way through the site.  You can see all of our galleries, pricing and other information using the helpful menu buttons above. You can scroll through any new or old blog posts, or search for specific postings using the Blog Archive button above.

We’ll try to post something new and fun every couple days, so please, subscribe to the blog to see what we’re up to!  Also, we’ll be going through our growing catalogue of images and re-blogging some of our favorites, and revisiting some that may not have been seen before (oldies but goodies).  If you have any comments or suggestions or just want to say “Hello,”  don’t hesitate to drop us a line!